The Permanence of the R&D Tax Credit, a Reality?

The R&D Tax Credit has been in existence for the past 33 years, having been extended by Congress 15 times since it was created in 1981. On Wednesday, May 20th the U.S. House of Representatives passed a bill known as the “American Research and Competitiveness Act of 2015” or H.R. 880, to make the federal research and development tax credit permanent. The bill passed with a 274-145 vote, indicating that the bill has support from both parties however it still needs to make it through the Senate and many hurdles await the bill there. Republicans hold the majority in the Senate so the bill seems favorable to pass but President Obama has threatened to veto.

The threat of veto is based on the belief by the White House that the credits estimated 10 year cost of $180 million in lost tax revenue should be offset elsewhere. It is hard to anticipate how President Obama will act as he has expressed both positive and negative remarks in regard to the bill. Whether President Obama chooses to veto the bill or not, Congress could override the veto by a two-thirds supermajority vote of both the House and Senate however, a supermajority vote is not easily obtained.

Looking past the technicalities of governmental red tape, there is cause to be optimistic because this is now the second year in a row that a stand alone proposal to make the R&D credit permanent has been not only been seriously considered but successfully voted upon in at least one of the two houses. Additionally, the bill is receiving support from both parties which is a necessity for it to succeed. These steps of forward momentum lead us to believe that even if it is not this year, the the outlook of the R&D Tax Credit becoming a permanent part of the U.S. tax code is very favorable.

Making the R&D Tax Credit permanent would boost the confidence of American businesses to invest in the development of new technologies leading to the creation of quality jobs. The bill would also make the credit easier for small businesses to obtain by allowing them to use it to offset tax liability, including the alternative minimum tax. Many believe as Texas Rep. Kevin Brady the writer of this bill does that this bill needs to be passed and become law so that the United States can remain competitive in innovation and within the world wide economic marketplace.

Kendra Maddock is an Executive Project Manager at Growth Management Group and brings over 13 years of experience in Small Business Management to the team. 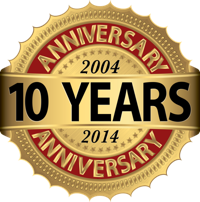 loading...
Copyright © 2017 | Growth Management Group, LLC | (888) 705-5557
Terms of Use & Privacy Policies
Back to Top
Growth Management Group’s Specialized Tax Group has helped it’s clients find $500M in benefit through Specialized Tax Incentives. Formed in 2004 GMG’s slogan “Your Growth Is Our Business” is more then just a mantra, it’s a way of doing business. Our entire purpose is to help our clients grow, by creating economic stability and growth nationally through available programs that build business revenues thus creating jobs. With over 1000 team members in 48 different states, we stay on the cutting edge of available programs and serve in a wide array of industries.