On August 2, 2012, Congress voiced the sentiment of the American business owner by introducing major tax incentive legislation. The Family and Business Tax Cut Certainty Act of 2012 is bipartisan legislation extending dozens of tax- cuts that have expired or are scheduled to expire at the end of this year. This is the best news possible for millions of companies across the nation.

Highlights of the Bill

The bill extends for two years, through 2013, the research tax credit equal to 20 percent of the amount by which a taxpayer’s qualified research expenses for a taxable year exceed its base amount for that year and provides an alternative simplified credit of 14 percent. The bill also modifies rules for taxpayers under common control and rules for computing the credit when a portion of a trade or business changes hands. Based on preliminary estimates, a two-year extension of this proposal is estimated to cost $14.3 billion over ten years.

The bill extends for two years the designation of certain economically depressed census tracts as Empowerment Zones. Businesses and individual residents within Empowerment Zones are eligible for special tax incentives.

What does it all mean?

If you own a business or commercial real estate, it is time to review what credits are available to you. The Senate has enacted significant legislation that is geared toward providing incentives to U.S. based businesses. If you fall into this category, it is time to investigate this new bill in detail.

A collection of articles and updates from GMG Specialized Tax Incentive Group. 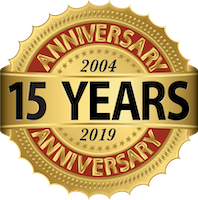